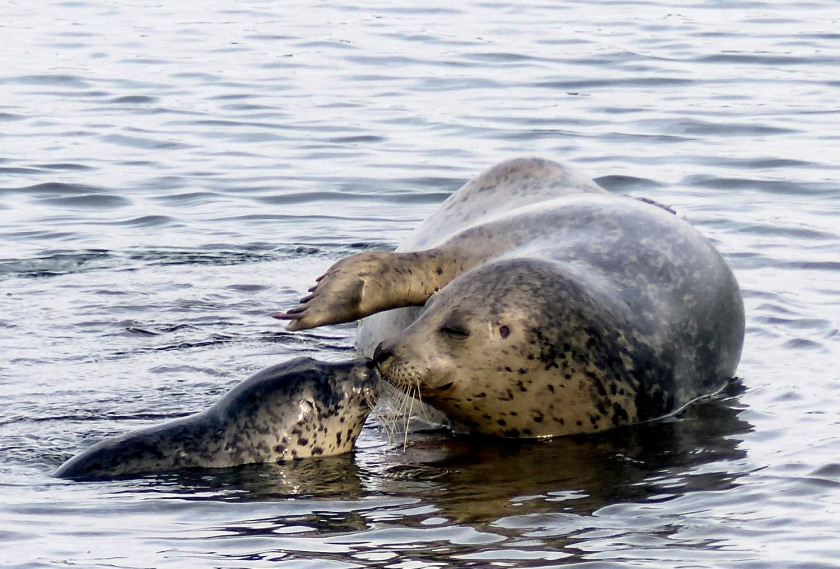 Harbor Seals – Now that I have your attention.

With the tide as low as it is during the night and the waxing moon, shorebirds are moving at night now. I’m awake before dawn and hear the drawn out piping of Black-bellied Plovers passing overhead and the three syllable cheer of the Yellowlegs in the cove. Geese are flying too although these are not going anywhere in particular. They’re local. But their honking reminds me of my years in the north. In the fall, huge flocks of Canadas pass through on their way south, making a kind of music, until one frosty morning, the skies are empty and quiet. After that, winter. 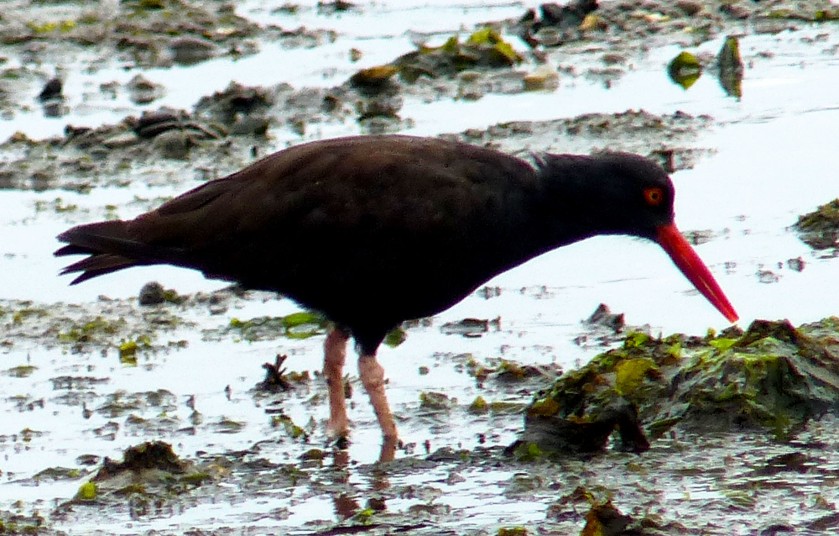 I’m ready at first light to go to the point, to take advantage of the slowly rising tide, to check out who arrived during the night. I’m hoping for something on the rarer end of the spectrum, a Pacific Golden Plover perhaps. I know the Black-bellied Plovers will be there for sure. And they are. Along with Surfbirds, Black Turnstones, Black Oystercatchers – and gulls. 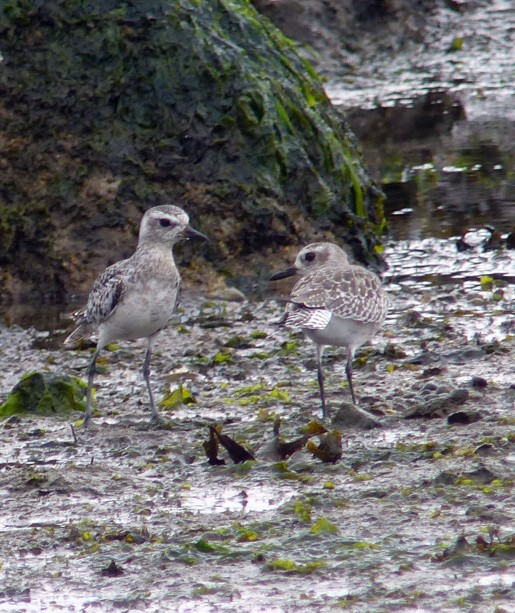 A scuffle breaks out between two young Plovers.  It’s hard to tell how serious the fight is but in the natural world everything counts.The birds look identical to me but one drives the other off. What does it mean? I guess that when they head to their breeding grounds in the high Arctic, the winner will succeed there and the loser will fail. It’s all about dominance. But, who knows? Breeding is months and several thousand miles of hazards from here, and now. 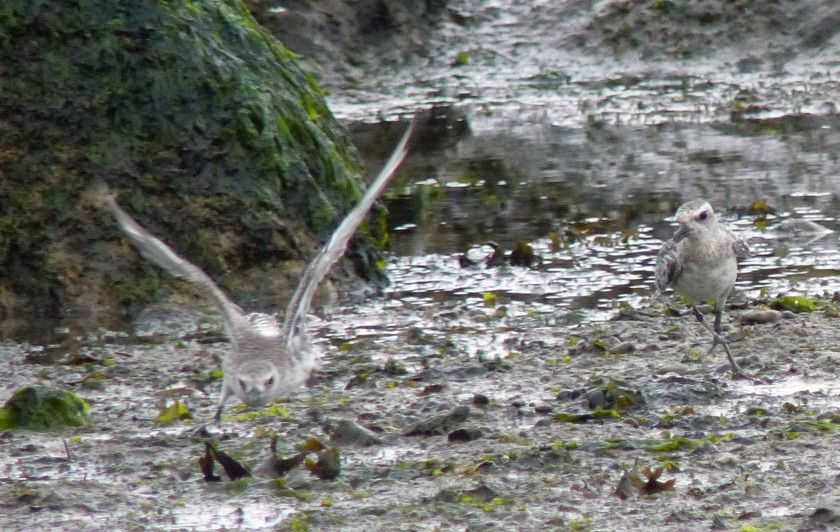 To the Victor Go The Spoils?

I scan for rarities but find nothing remarkable. It’s still very early and the usual irritation here-people letting their dogs roam the tideline freely in spite of the birds-hasn’t yet occurred. It’s so quiet. 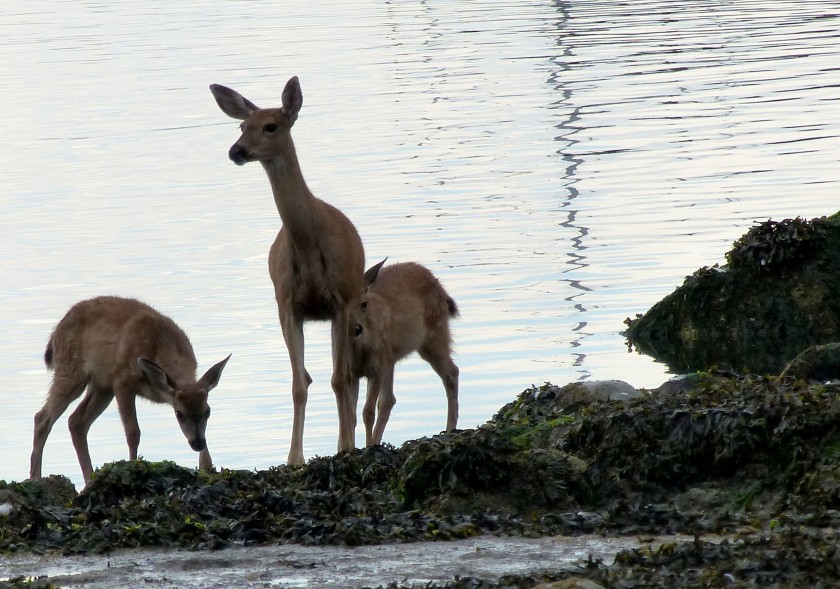 Blacktails at the Tideline

A Blacktail doe appears and sniffs the air. She gives some subtle signal of reassurance and a fawn steps out onto the rocks, and then another. Finally, her whole family is there-two fawns from this year and two from last year and a young buck. All healthy looking,sleek from grazing on flowers in the local gardens, likely. The buck might be one of the doe’s offspring from two years ago, or he might just be a flirty hanger on, a teenager with high hopes. Certainly, he won’t be sticking around once the big bucks with their huge, many-tined racks show up. 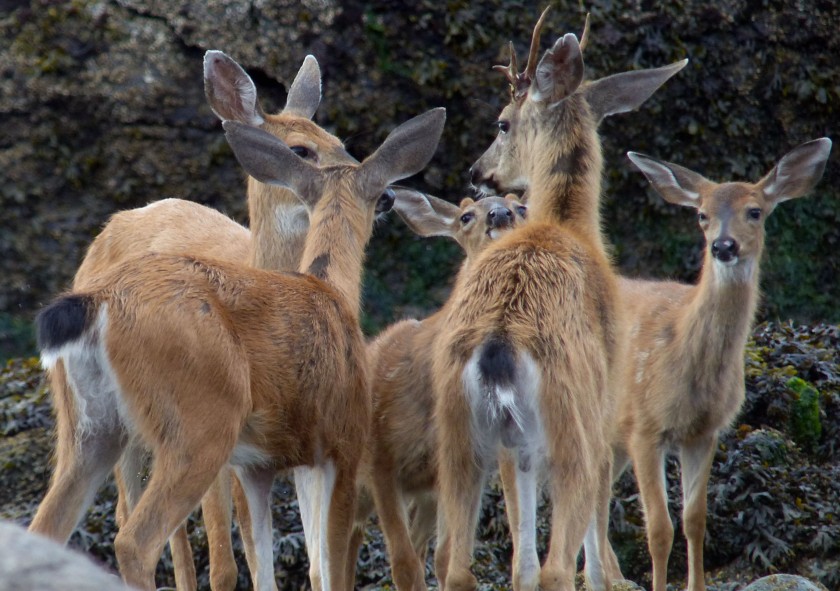 And speaking of youngsters, the Harbor Seal that has hawled out on a rock in the bay for the past several years, each time with with a new pup, is back. She always seems so tender with the young one, and so patient. 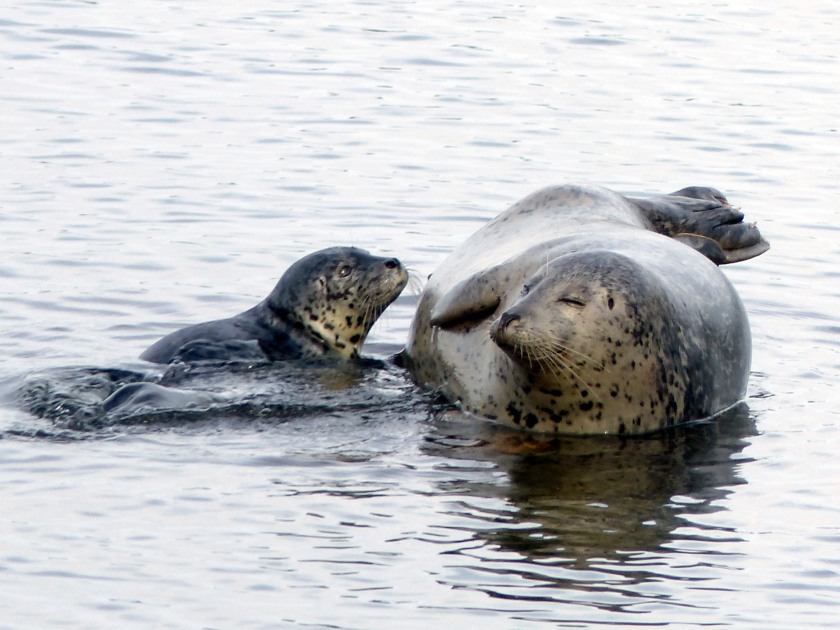