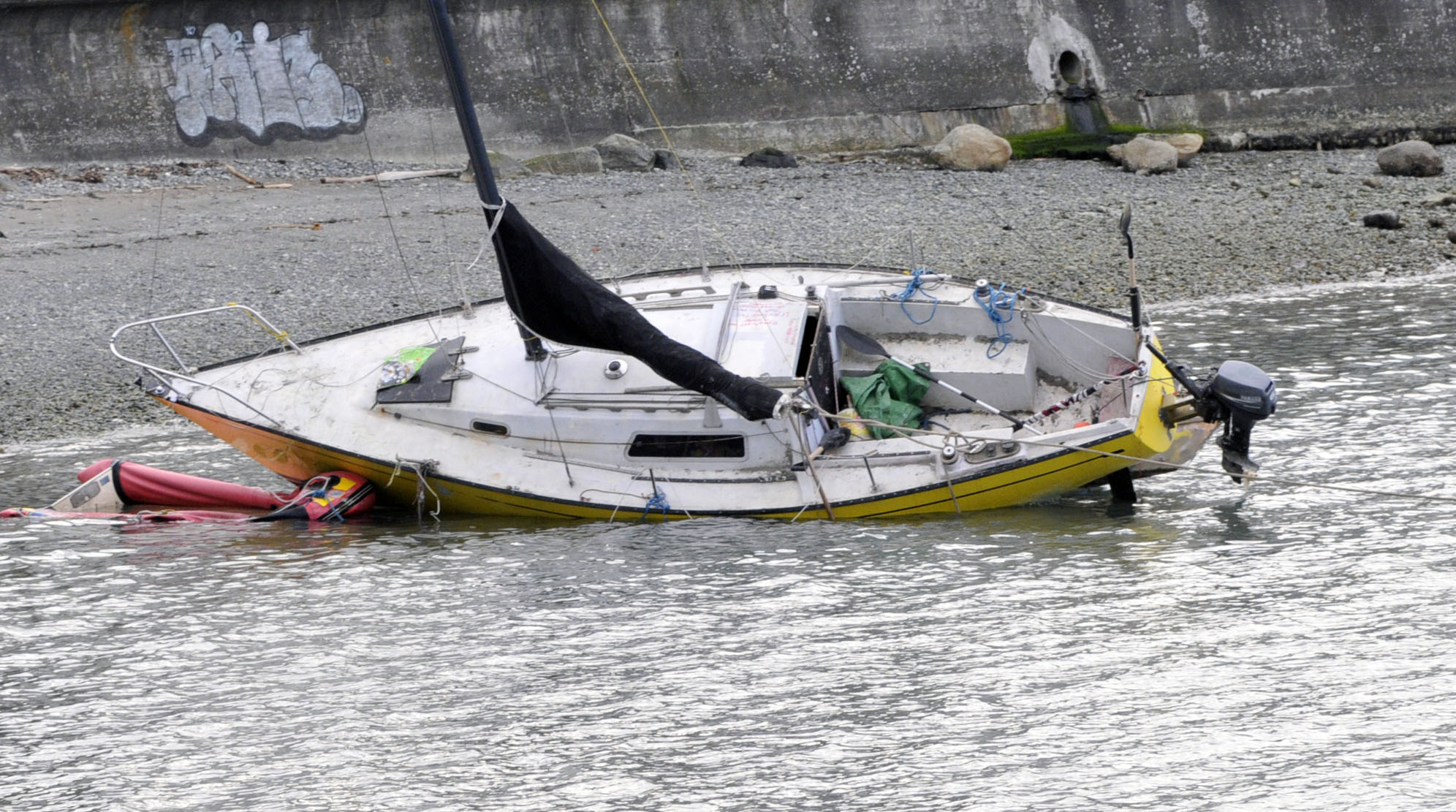 Spirit – after a month of digging

This time my post isn’t about birds. It’s a people story. It begins with a storm, a real doozy. Many of the boats in our bay dragged anchor, and moved. Of course, if your cable broke, there was only one way to go — onto the beach. Surviving that night would be tricky. In the morning, however, when the winds finally subsided and the tide ebbed, only 2 boats lay high and dry.

The little ‘Portuguese fishing boat’ was up near the curve of the seawall. Beautiful lines, high prow, white with blue trim. Eye candy out there, on calm evenings. A problem now for the owner. It turns out there is one, which is not always the case. Half of the boats are probably abandoned. The Portuguese boat was riding at anchor in a few days. Lovely. Back where she belongs.

The yellow boat I’ll call Spirit was not so fortunate. Keel high and dry, and pointing in the wrong direction, the boat is too far from the waterline. No way it’s going to float again. Out in the bay, it made for a splash of bright canary and gave the scene ‘pop’. Up close, well.

I’d seen a guy taking a 5 gallon bottle of drinking water to Spirit the night before the storm. If he’d stayed aboard through that, the experience must have been horrendous. Nothing happened to Spirit for a few days, but then the 5 gallon guy came back. He placed the figure of a seated Buddha near the bow, and got to work. He had a spade, a log fulcrum, some driftwood levers and ‘moving gear’– and a damaged wrist. He refused help. The pandemic was on, and he didn’t want anyone touching the boat.

For a long time, not much happened. A month, or more, of digging every day, of watching the tides, of prying and bumping, resulted in a bigger hole. He was creating a slipway. He had to move, what, a ton and a half of boat. One guy. Impossible.

Then, one morning after a good tide, a miracle. Spirit did move and flipped her keel. Now, with a very high tide, she might get to the sea. And, a week later, she actually floated. Another week and she was off the beach. Not quite in deep water yet, but getting there.

I spend a month and a half rooting for the digger. I admire his spirit. He persevered to save his home. I’ve never seen someone work so hard, fight such ridiculous odds, under ridiculous circumstances. I guess it happens more often that I know. Perseverance is what humans are good at. It defines us. I always liked the Stan Rogers song, ‘The Mary Ellen Carter’. It tells a tale a bit like this one, about people getting on with it. Doing what they have to do. The song cheers us on when we face adversity — And Like the Mary Ellen Carter rise again…rise again. Good luck to you 5 gallon!

Spirit – well and truly ‘off the beach’