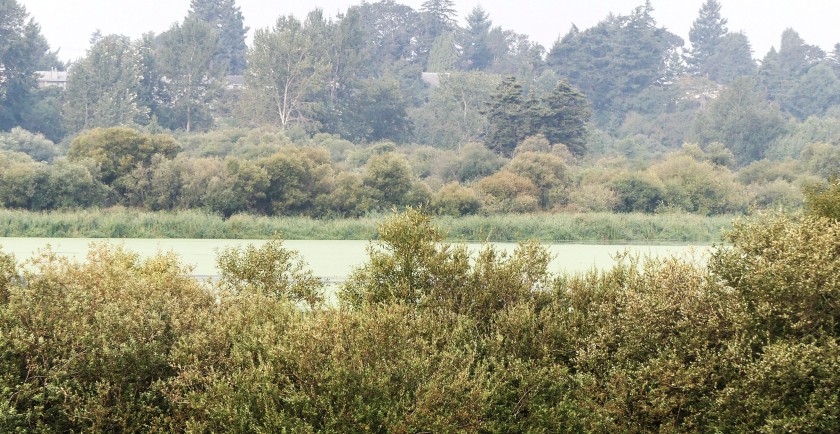 Smoke Over the Lake

It’s smoky, even here on the coast. Makes one long for a cold, wet February day — I’m kidding. As for birding, the migration hasn’t really started yet although the odd rarity is showing up here and there. Not much to see really. I chased reports of a Franklin’s Gull for days and never saw it. Luck of the draw, I guess. With most of the marshes dry, I’m back at Swan Lake, now green with duckweed. The smoke cuts the light and many of the trails are shadowed, almost eerie.

Other than swallows, most of the birds I see are recently fledged  — feathered teenagers noisily blundering about wondering where mom has gone. A baker’s dozen of immature Cedar Waxwings flips Hawthorn berries onto the path — and me. They’re too deep in the foliage for decent pictures. A pretty little Warbling Vireo is in the berry patch too, as are a couple of young Olive-sided Flycatchers. Lots of activity but mostly out of sight. The flycatchers are not often seen here, at least by me, and I’m not sure what they’re doing amongst the berries. I guess bugs aren’t the only thing on the menu! Out in the meadow, a flock of young Chipping Sparrows don’t mind posing and I finally get a chance to take a decent shot.

Back at the Nature House a couple of young Brown-headed Cowbirds keep company with a neat Savannah Sparrow, their surrogate parent perhaps. I can’t imagine how she feeds these monsters! Strangely enough, I’ve seen no raptors here at all. Once the migration begins in earnest, the young birds will have to wizen up quickly. A Copper’s Hawk would make short work of the goofy Northern Flicker trying to make friends with a less than interested Northern Cottontail 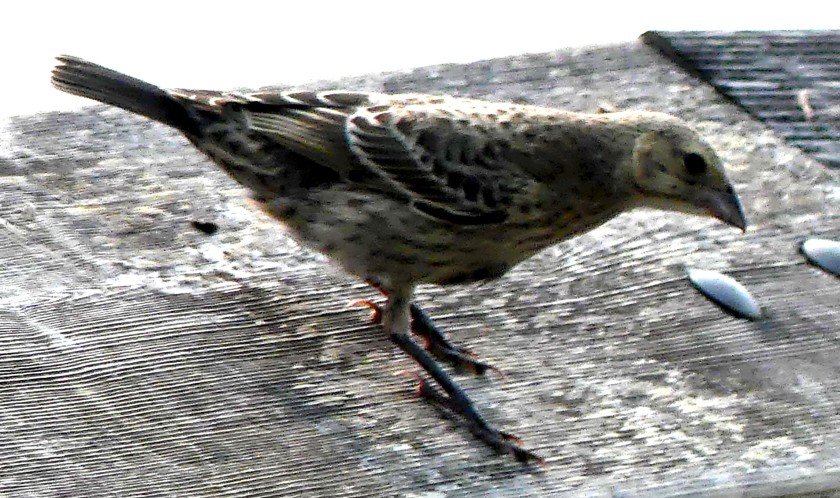