It’s early October (almost a month ago now). We leave Leamington, the ketchup factory and Point Pelee behind and head for Hillman Marsh. I once visited there in spring, when broad expanses of apparently deep sloughs were packed with waterfowl. The ponds are seasonal though as we now discover and two very loud tractors trail hay mowers over the once marsh, kicking up dust, screeching and clanking. Today, birding here seems out of the question. But then a surprise.

Seemingly unfazed by the heat and the racket, a Solitary Sandpiper works the edges of a tiny creek, slowly, stately. Such a beautiful bird. We keep our distance, snap a few pictures and leave her to her business. Other than the Solitary there isn’t much to keep us here. Besides, there’s been a flock of American Golden Plover reported at Mitchell Wetlands. It means a jog to the north but I need the bird for my list. 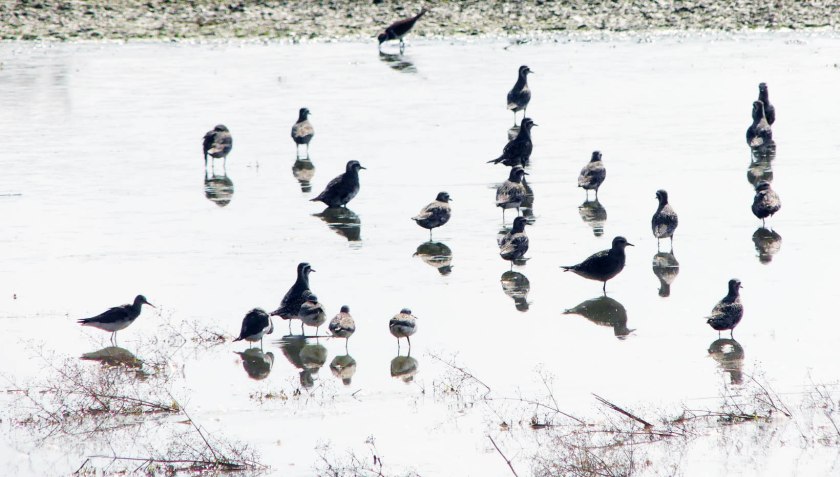 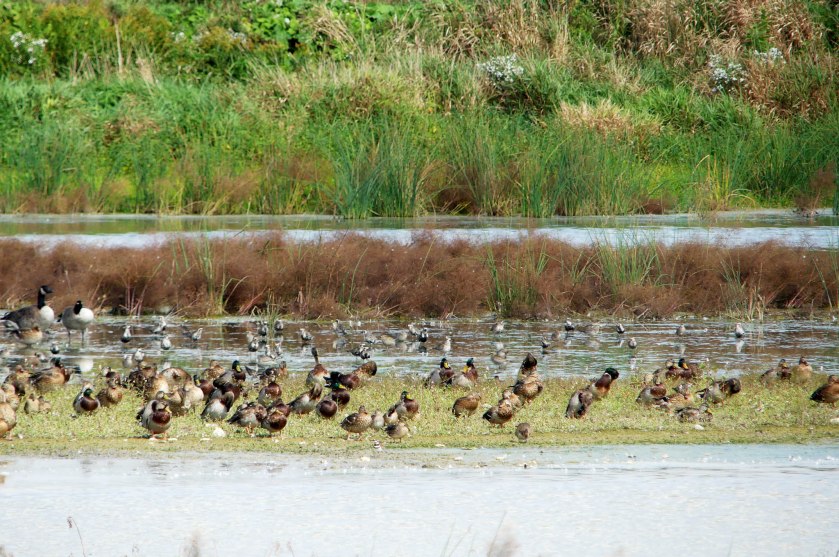 Mitchell Wetlands are actually part of the town’s sewage complex. The last time I visited, a stiff breeze from the primary treatment ponds made my eyes water. Today, the light breeze is in our favour, thank goodness. It’s idyllic. The marsh is full of waterfowl. honking, hissing, quacking. Lots of shorebirds too —  Dowitchers, Yellowlegs, several Stilt Sandpipers, and scores of Killdeer. We spot the Golden Plover mixed in with, and noticeably smaller than, their Black-bellied cousins. Many of the birds are transitioning from their striking breeding plumage and into more somber garb. Interesting. 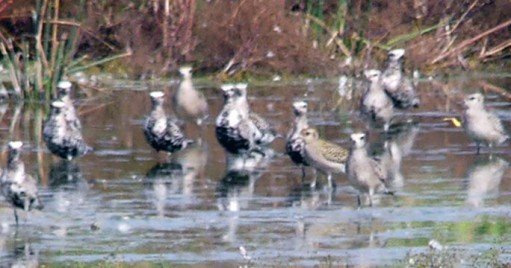 By now I’ve given up on getting good pictures. The light is as bad as it gets for photography and the birds are just too distant even for my FZ300 with teleconverter. With sewage ponds, it’s pretty well up to the bird to come to you as the reverse is just not possible — or desirable. After a couple of hours of birding the pond and the nearby woodlands, we move on to Stratford. It’s getting late. A non-fast food dinner would be nice and maybe a show — Guys and Dolls is playing. Tomorrow morning, we’ll be birding again, heading back to the Lake Erie and Niagara. 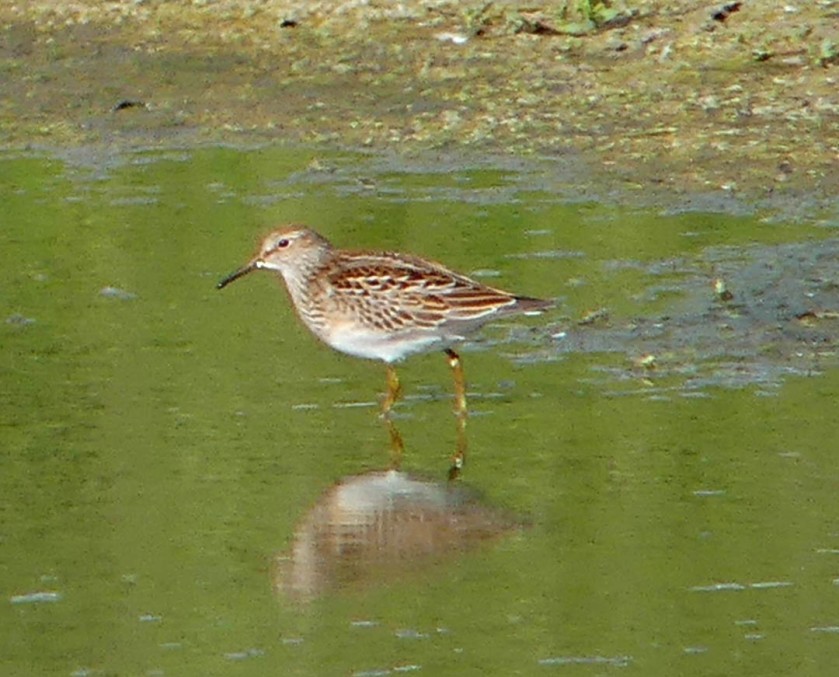 How windy is it?

I can’t leave the topic of sewage lagoons without mentioning those at Exeter, Ontario, where I went in search of a White-rumped Sandpiper. As soon as I arrived, I realized the wind was not going to be my friend – it blew my hat off before I even got out of the car. Nevertheless, a target bird is a target bird and I soldiered on. On top of the dike, the northerly was so powerful that I could barely stand, let alone hold focus on my camera. And, good grief — what a stink!

There were birds though — most distant. Some are closer, like the dozen or more feeding Pectoral Sandpipers, with their abrupt bib lines and yellow legs. They’re one of my favourite shorebirds so it’s nice to see so many. That doesn’t happen where I live in BC. I did catch a glimpse of the White-rumped, and got another ‘tick’ for the year list but, gosh, I earned it.