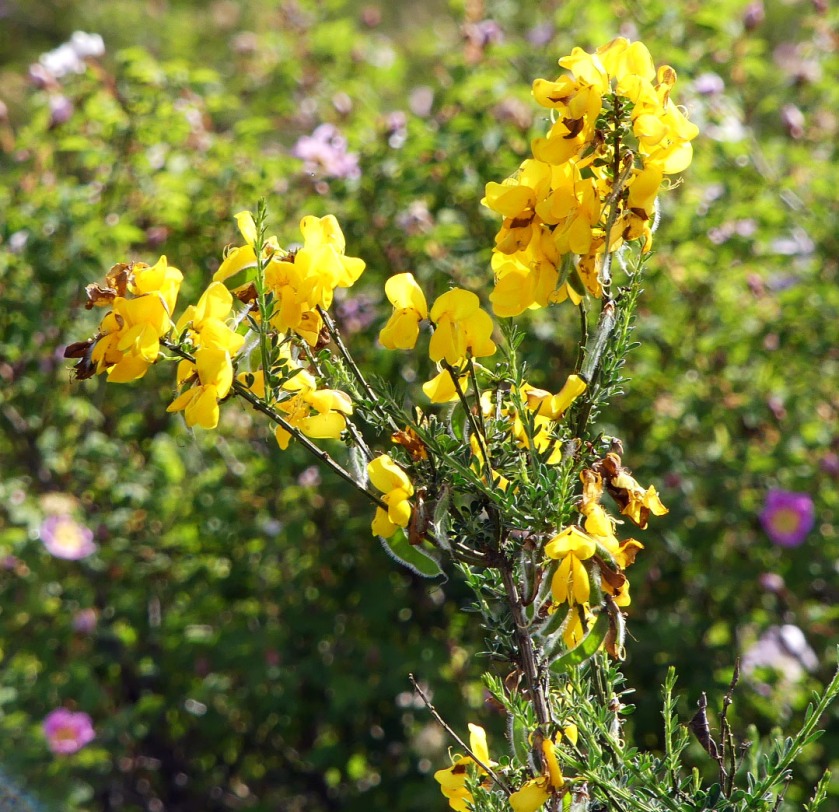 It’s one of those days when the birding gods decide to take a picnic – with some other birder. I set out this morning to locate birds at three different locations, and ended up being foiled, as Oilcan Harry says, at all three. The first two don’t matter much – traffic disruptions cancelled these out. The third should have been a piece of cake – Bullock’s Orioles at Martindale, from one to umpteen depending on whose report you read. Singing loudly too, so hard to miss. It’s a nice day-peaceful. I gear up. I’m ready for Orioles when, from out of the blue, two tree service trucks roar up. Out go the cones, out come the chain saws, and that’s all she wrote.

An hour later, for want of a better plan, I’m at the Munn Road power line. Not a bad fallback it turns out. The sun is out, the trail verges are thick with cad-yellow broom and Nootka Rose. In fact, the roses perfumes the air. And birds seem to be everywhere. I even discover the remains of an ancient civilization in the form of a mysterious trilith – like Stonehenge. You just have to unfocus your eyes! 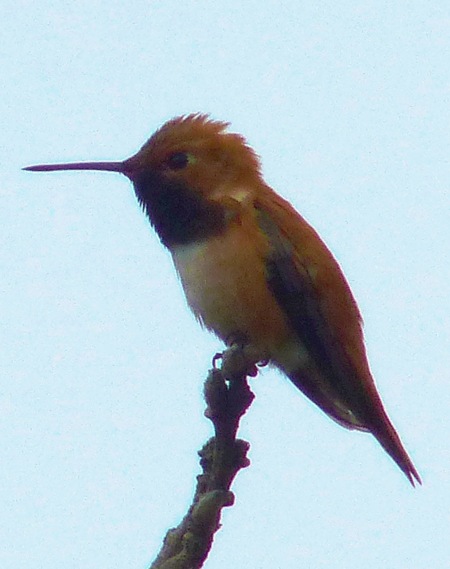 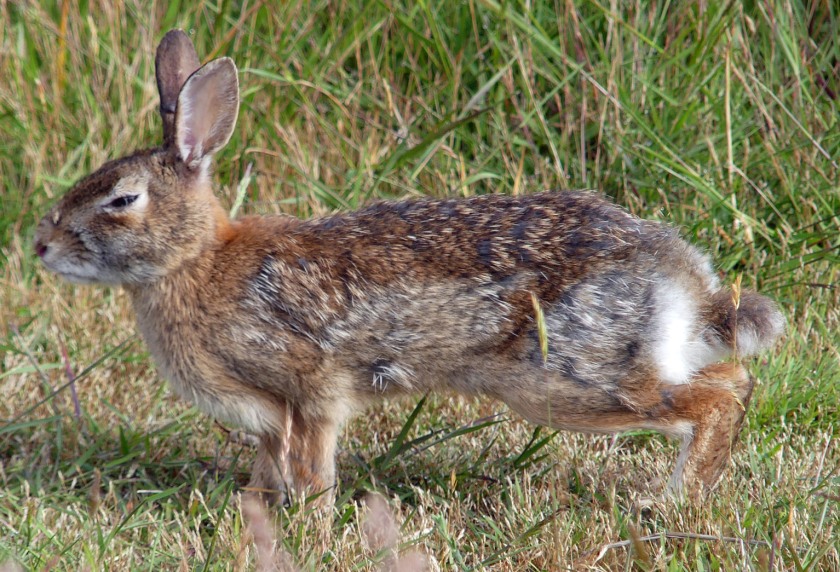 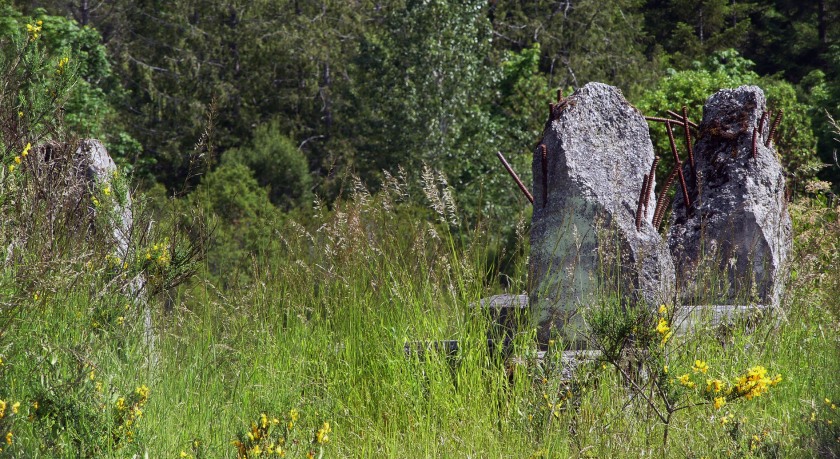