I needed to go to Washington state to pick up copies of my latest mystery novel, the Bent Box, and figured I might as well also pick up a few birds while I’m down there. There’s been a female Common Eider hanging out at a place I’ve never heard of called Purdy Spit near Gig Harbor. The Eider is a rare, rare bird on the west coast so, what the heck, I’ll go have a look. And since I’m going that far, I plan to visit some of my favourite places in Oregon, like Baskett Slough and the Finley Reserve. Weather is a problem though. It’s still unseasonably cold and snow is a possibility. 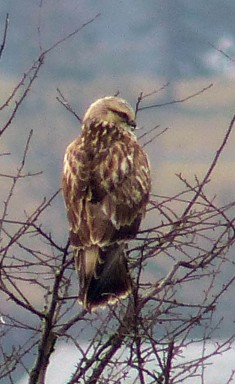 I take a side trip to Samish Flats and spot at least a dozen Red-tailed Hawks, tons of Trumpeter Swans, some Great Blue Herons, scores of Bald Eagles, ducks by the hundreds and a Rough-legged Hawk or two. At Tacoma, I turn towards Gig Harbor and Purdy Spit. When I’m a few miles from my destination, my GPS capriciously decides I’m an hour and a half away. Foiled. I turn back. Who cares about a stupid rare bird anyway? I pay the bridge toll and continue to Nisqually. Nisqually’s nice but the wind is cutting. And it’s damp too. After an hour of birding there, I’m chilled to the bone. When I get to the motel, my fingers are still numb.

I’m booked into a cheap highway motel in Centralia figuring that I can go south or west from there the next morning. I know nothing about Centralia except what I’ve seen from the highway, which hasn’t been all that impressive. Off the highway, however, Centralia is quite nice. It’s one of the things I really like out these birding trips, the chance to explore, to discover places I would never have seen otherwise. It gets better. I luck into McMenamin’s Olympic Club – a pleasant surprise!

With its built-in movie theater and a huge wood-burning stove, the Olympic Club is a treasure. The smell of the fire, the warmth, the food, the glass of Hammerhead Ale, well, on a cold night who could ask for more. Wyatt Earp or Wild Bill Hickok would feel right at home here.

Next morning I hear Portland and the coast are expecting a big dump of snow so I turn back north. I decide to have one last stab at the Eider. When I get to Purdy Spit, which turns out to be ten minutes away from where I was yesterday, I find some birders already scoping the water. They’re kind enough to point out the duck to me, which is good because it’s a mile away on the other side of the bay. I can see it with my scope but I’m just shooting blind with my camera. Luckily I got a few pictures but nothing I’d submit to Audubon. 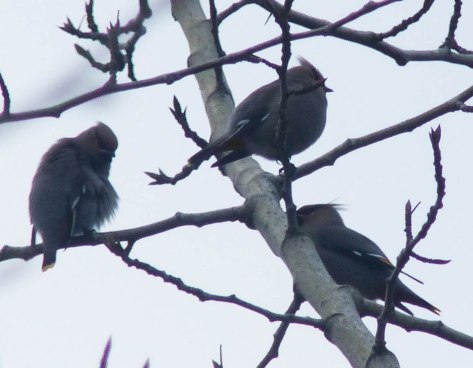 I’ve booked a motel in Bellingham. It’s just a few hours away so I’ve got time to bird some more. I follow up on reports of Bohemian Waxwings in Magnuson Park in Seattle. Happily they’re easy to find (with help from another birder already viewing them). I know these attractive birds quite well from my years living in northern BC and I’m surprised I never added them to my life list before. Now I do. Before I get to Bellingham, I head back down to Samish Flats. It’ll be dark soon and the Short-eared Owls that winter there should be hunting.

Sure enough I spot one – a beautiful bird, one of the most prettiest owls, I think. Unfortunately, the light’s too low and the bird moving around too much to get a good shot. For this post, I’ll use a stand-in, a bird I photographed last year. But I’m frozen again. I don’t think I’ve been really warm since I sat by the Olympic Club’s towering wood stove last night and ate my dinner. I know – whine, whine, whine. If it wasn’t for that fantastic view and the wonderful birds, well… 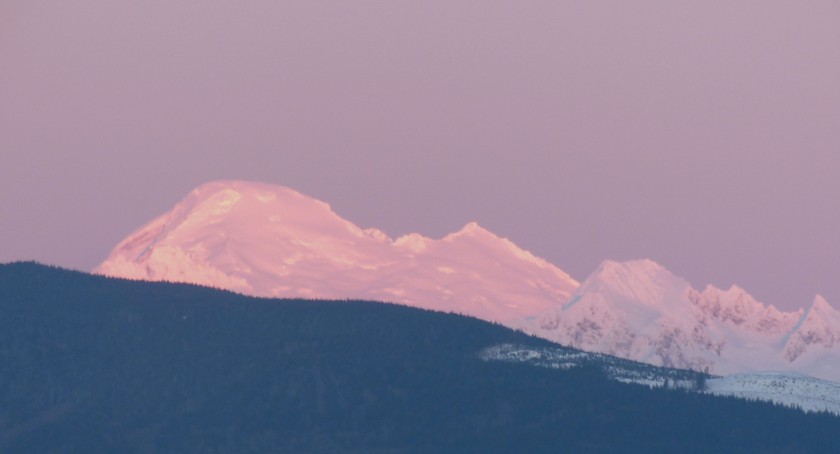