The temperature hasn’t risen above zero and it’s snowing. Not much. At the southern tip of Vancouver Island, it’s enough to keep people home. I’m at Cattle Point in Victoria taking part in the annual Christmas Bird Count. A small group this year, led by young Geoffrey, a talented birder. It’s only just light and he’s already spotted three owls — two Barred and a Great Horned. Amazing. 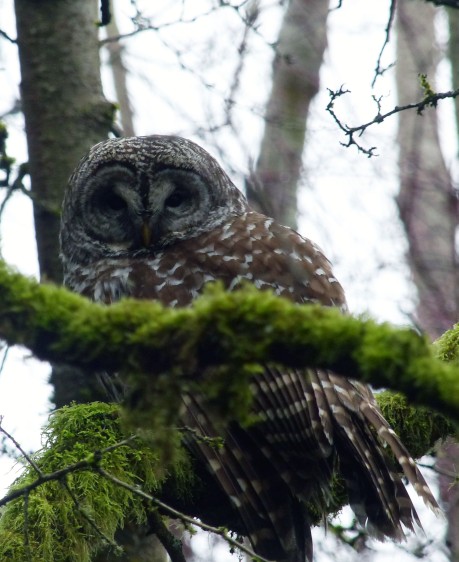 It’s quiet. A somber day — a dusting of white and a leaden sky. We move back into the park to get out of the wind. Except for small flocks of noisy Robins, most birds are lying low. The visibility is lousy too. I never do see the Goldfinch somebody spots, immobile and invisible (to me) in a nearby birch. But red pops. Robins, Housefinches, an active Red-breasted Nuthatch and a Red-Breasted Sapsucker, its chest gluey with sap from its wells, really stand out.

I took a course in colour theory once, the upshot of which was that every colour has a shape. I tried. I stared at various hues until my eyes crossed and that never sunk in. Now I try to figure out if there’s some sort of complimentary dealy going on. Red intensified by the green-blue light of the morning but, really, I have no idea. I like it the effect though. Scarlet rose hips and dark red haws on the thorns help too. What with snow and shades of red and green, it’s kind of Christmassy – nice. 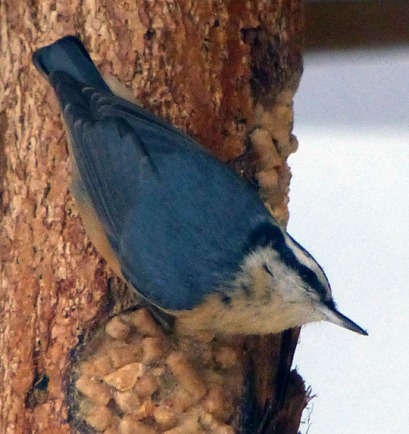